“Leonard Smith III’s talk named What’s Your Story?. And what a heartfelt presentation it was. He showed us how to take your family photos & after you have researched their lives tell the person’s story digitally while showing their photos. This was an amazing presentation and to really appreciate it you would have had to see it for yourself because my words cannot give it justice. I was in awe after seeing and hearing a story like this.” ~ Terrebonne Life Lines

“Smith’s skillful storytelling adds up to a compelling narrative that fills a significant void in New Orleans’ history; furthermore, he makes an important contribution to the humanities by helping viewers gain insights into people we have not met and places we have not experienced.” ~ Dr. Kennedy

“His sessions taught us to research the family past, become better storytellers, include photographs, and use multimedia to bring our individual stories back to life. I became a family historian and discovered amazing facts about my clan, dating all the way back to slavery. He was a hands-on teacher, sometimes finding historical nuggets about our ancestors while doing his own research, writing, and presentations. In a former life, I was a school principal for a more than two decades. I know a great teacher when I see one. Adult education is very effective in his informal but structured guidance instructional delivery.” ~ Dr. Smith

“Leonard Smith, III of LS3 Studios, a favorite speaker at seminars in the past, again brought his humorous and interesting knowledge of genealogy and technology to encourage everyone’s challenge of protecting their family’s history for future generations.” ~Lafourche Heritage Society

“Mr. Smith it was a pleasure to hear your presentation at the Le Comite conference . It made me think about what to do with all of my research paperwork.  Telling a story of my ancestors is much better to read for my relatives than looking at charts.  Thanks for a wonderful presentation for enhancing my genealogy.” ~ Sheila, Houston, TX

“For the past four years I attended Leonard Smith III informative and educational seminars. Each time,I attend I learn how to preserve my family history through storytelling and documentary. His blueprint help me to bring my family history to film. I highly recommend that anyone who is interested in learning the art of storytelling attend one of his seminars. Leonard professional skills and experience speak volumes.” ~ Antoinette, Kentwood, LA

“Our family was fortunate enough to learn about some amazing stories thanks to Leonard’s research and it was exhilarating to receive the news! Working with Leonard was the first time I had ever hired a genealogist and it was a positive and enlightening experience.” ~ Stephanie, Seattle, WA

“It still amazes me how he was able to find so many of my relatives with limited information from me. I feel so blessed to have the opportunity to work with someone with such great professionalism and expertise. I know it won’t be long before I will be able to pass along a detailed family tree to my daughter so she can understand how the strength of our ancestors is still alive today in her.” ~ Teresa, Ann Arbor, MI

Maurice, LA — (April 30, 2013) The Telly Awards has named LS3 Studios as a Bronze winner in the 34th Annual Telly Awards for “From Shanghai to Harlem.” With 11,000 entries from all 50 states and many countries, this is an honor.

About LS3 StudiosOwner, Leonard Smith III, has been involved in graphics, photography, video, and multimedia projects for over thirty-five years. His professional career started at Eastman Kodak in 1975. While at Kodak, Leonard traveled the United States and Europe supporting various imaging systems. 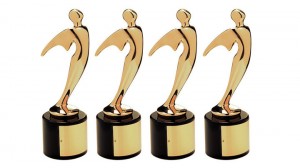 Louisiana Legends in the Classroom

Mercedes Tucker Stamps earned a place in history in 1948 by becoming the New Orleans Public School District’s first itinerant instrumental music teacher serving African American students. During her 30 1/2 years as a public school teacher and her two years at Gilbert Academy, she influenced the lives of thousands of students while preparing talented young musicians for professional careers. Many of the sounds of New Orleans music had their beginnings in Mrs. Stamps’ classroom.

Mercedes Tucker Stamps discovered the life-changing power of a musical instrument in the 1930s, when she sat down at the old upright piano in her grandmother’s living room and picked out melodies of the songs her grandmother sang. As an adult, her success as an instrumental music teacher and band director in the New Orleans Public Schools was based upon the lesson she learned from that old piano: music changes lives and unlocks creativity. During her over three decades in public school classrooms, she prepared her students to become responsible adults through the example she set, and the way she taught them to read, understand, and appreciate music.

Al Kennedy’s book, Chord Changes on the Chalkboard: How Public School Teachers Shaped ]azz and the Music of New Orleans (Scarecrow Press, 2002), was awarded the Henry Kmen Award for excellence in New Orleans music research by the New Orleans International Music Colloquium in 2003. He also received the Louisiana Jazz Federation’s “Jazztown Award” in 2000 for his contribution to New Orleans’ musical heritage.

Kennedy worked as a communications coordinator in the public information office of the New Orleans Public Schools for 21 years, during which time he began a series of interviews with retired teachers, principals, and superintendents. In 1982, he started the effort to establish the Orleans Parish School Board Collection in the Earl K. Long Library at the University of New Orleans (UNO), a collection that has grown to over 850 linear feet. Kennedy (Ph.D. in Urban Studies, UNO) has conducted additional research that focuses on the lives of music teachers who taught in the city’s public schools and on the history of public education in New Orleans through UNO’s  Ethel and Herman L. Midlo International Center for New Orleans Studies. He has taught at Dillard University and taught American History at UNO.