New Orleans Museum of Art (NOMA) is proud to present a screening of LS3 Studio’s – A Legend in the Classroom: The Life Story of Ms. Yvonne Busch at 7:30pm See Trailer.

New Orleans, LA (February 17,2013) A Legend in the Classroom is included with regular Museum admission and coincides with the exhibition, Ralston Crawford and Jazz. 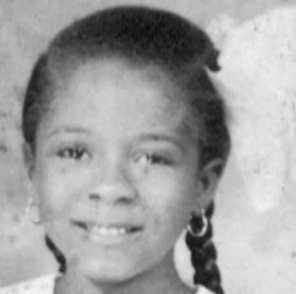 Born in New Orleans in 1929 and raised in the historic Treme section of the city, Yvonne Busch, who mastered several brass instruments and wood chimes, became a touring professional by the age of 12, crisscrossing the United States as a member of the acclaimed “International Sweethearts of Rhythm” and the “Swinging Rays of Rhythm”, two all female bands sponsored by the Piney Woods Country Life School, an African-American boarding school in Piney Woods, Mississippi.

Louisiana Legends in the Classroom

Mercedes Tucker Stamps earned a place in history in 1948 by becoming the New Orleans Public School District’s first itinerant instrumental music teacher serving African American students. During her 30 1/2 years as a public school teacher and her two years at Gilbert Academy, she influenced the lives of thousands of students while preparing talented young musicians for professional careers. Many of the sounds of New Orleans music had their beginnings in Mrs. Stamps’ classroom.

Mercedes Tucker Stamps discovered the life-changing power of a musical instrument in the 1930s, when she sat down at the old upright piano in her grandmother’s living room and picked out melodies of the songs her grandmother sang. As an adult, her success as an instrumental music teacher and band director in the New Orleans Public Schools was based upon the lesson she learned from that old piano: music changes lives and unlocks creativity. During her over three decades in public school classrooms, she prepared her students to become responsible adults through the example she set, and the way she taught them to read, understand, and appreciate music.

Al Kennedy’s book, Chord Changes on the Chalkboard: How Public School Teachers Shaped ]azz and the Music of New Orleans (Scarecrow Press, 2002), was awarded the Henry Kmen Award for excellence in New Orleans music research by the New Orleans International Music Colloquium in 2003. He also received the Louisiana Jazz Federation’s “Jazztown Award” in 2000 for his contribution to New Orleans’ musical heritage.

Kennedy worked as a communications coordinator in the public information office of the New Orleans Public Schools for 21 years, during which time he began a series of interviews with retired teachers, principals, and superintendents. In 1982, he started the effort to establish the Orleans Parish School Board Collection in the Earl K. Long Library at the University of New Orleans (UNO), a collection that has grown to over 850 linear feet. Kennedy (Ph.D. in Urban Studies, UNO) has conducted additional research that focuses on the lives of music teachers who taught in the city’s public schools and on the history of public education in New Orleans through UNO’s  Ethel and Herman L. Midlo International Center for New Orleans Studies. He has taught at Dillard University and taught American History at UNO.