AVA DIGITAL AWARDS ANNOUNCE 2013 WINNERS Narrative Network and LS3 Studios net Gold Award from among 2000 global entrants www.avaawards.com New York, NY (February 1, 2013) Narrative Network and LS3 Studios are winners of the AVA Digital-Gold Awards, for co-producing documentary trailer “From Shanghai to Harlem,” in the category of Creativity Video Production/Editing, it was announced on February 1, 2013. AVA recognizes outstanding achievement by creative professionals involved in the concept, direction, design and production of media that is part of the evolution of digital communication. Work ranges from audio and video productions to websites and social media sites that present interactive components such as video, animation, blogs, and podcasts to other user-generated digital communication.

There were 2,000 entries from throughout the United States, Canada and several other countries in the 2013 competition. Entrants included digital professionals from audio, video and film production companies; web developers; advertising agencies; PR firms; corporate and government communication departments; and independent creative professionals such as designers, producers, directors, editors and shooters.

AVA Digital Awards is sponsored and judged by the Association of Marketing and Communication Professionals (AMCP). The international organization consists of several thousand productions, marketing, communication, advertising, public relations, and free-lance professionals. AMCP administers recognition programs; provides judges and rewards outstanding achievement and service to the profession. As part of its mission, AMCP fosters and supports the efforts of creative professionals who contribute their unique talents to public service and charitable organizations.

Judges are industry professionals who look for companies and individuals whose talent exceeds a high standard of excellence and whose work serves as a benchmark for the industry.

Winners, who will receive certificates and inscribed statuettes, were selected from over 200 categories in Audio, Video, and Web-based production. A list of Platinum and Gold Winners can be found on the AVA Digital Awards website at www.avaawards.com. 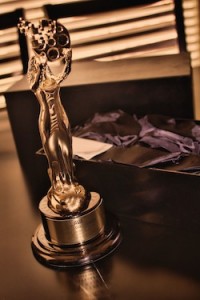