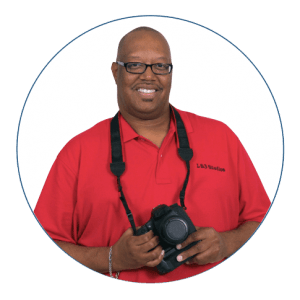 Leonard Smith III, is a renaissance man. Since 1975, he has been involved in every aspect of historical research from genealogy, photography, technology, storytelling, film-making, and music. Leonard’s company, LS3 Studios has produced award-winning documentaries.  His most recent project, “A Place Called Desire” was a finalist for Best Documentary in the San Diego Black Film Festival. It won a Silver Telly Award and a Gold Digital AVA Award. It was a Semifinalist in the Rootstech 1st Film Fest. Nominated for the 2020-2021 LEH Humanities Documentary Film of the Year. Official Selection for the New Orleans Film Festival, Black Film Festival of New Orleans and the San Francisco Black Film Festival. Artie Nominee 2020 Delta Sigma Theta Sorority, Inc., New Orleans. It is the story of the community Leonard grew up in the 60s and 70s in New Orleans. He has a deep and abiding love to “educate, entertain, and inspire others to tell their story.”

We take pride in providing clear and intuitive access to archives and information as well as staging compelling narratives using digital media. The studio’s creative team of producers and writers are dedicated to educating, entertaining, and inspiring audiences through innovative storytelling. As an independent studio, LS3 Studios has produced the following  projects: “From Shanghai to Harlem” winner of the Gold AVA Award and Bronze Telly; “The 100th Anniversary of St. Joan of Arc Catholic Church,” winner of two Bronze Telly Awards and “A Legend in the Classroom-The Life Story of Ms. Yvonne Busch” winner of the AVA Platinum Award, Hermes Gold Award and Bronze Telly Award.

We use cookies to ensure that we give you the best experience on our website. If you continue to use this site we will assume that you are happy with it.Ok